While Valentine’s Day is primarily a day focusing on romance, we know that true romance has its roots in God’s Love for us. In fact, the reality of God’s love is the same for every person whether you are in a relationship or not.

This year, we are hosting a dinner on Sunday, February 13th at 6 pm in our Fellowship Hall. This is an event for everyone (married and unmarried; adult and child). There will be a sit-down dinner. The program of music and message will emphasize our wonderful and unique union with God through Christ.

Our theme verse is (1 John 4:16) “And we have known and believed the love that God hath to us. God is love, and he that dwelleth in love dwelleth in God, and God in him.”

Our guest speakers that evening and during the morning services will be Bob Jones III & Stephen Jones with special testimonies by their spouses.

This event will replace our regular Sunday evening service that night.

A sign-up sheet will be on the lobby table or you can contact us online. I hope you all will make plans to come and join us in our facility.

Dr. Bob Jones III & Dr. Stephen Jones will be our speakers for the day. Their spouses will also be sharing some meaningful testimonies.

Dr. Stephen Jones was reared in a ministry family and came to Christ as a young man. The Lord called him to ministry early in his college days, and he completed an undergraduate degree in Public Speaking, followed by a Master of Divinity and a Ph.D. in Liberal Arts Studies. He serves on the board of several missions organizations and has spoken at churches, conferences, and camps. He ministered at Bob Jones University for 22 years, first in the classroom, then on the staff and administration. He was president of BJU for 9 years until undiagnosed Lyme disease made it clear the Lord had a different path in mind. This 12-year journey of chronic illness has provided firsthand experience of God’s goodness and faithfulness and has been made all the sweeter through the constant ministry of his wonderful wife, Erin, and their three children, Kate (23), Christian (19), and Campbell (16).

Dr. Bob Jones III is the chancellor of Bob Jones University in Greenville, South Carolina.  He grew up in a Christian home and trusted Christ as his personal Savior in his early high school years.  He received a Bachelor of Arts and a Master of Arts degree from BJU.  He has taken additional graduate work at Northwestern University and New York University and holds honorary doctorates from Pillsbury Baptist Bible College in Owatonna, Minnesota; San Francisco Baptist Theological Seminary in California; and Maranatha Baptist Bible College in Watertown, Wisconsin. A third-generation preacher, Dr. Jones has been influential in Christian education and in the pulpit ministry.  He has served in numerous capacities at Bob Jones University, including those of speech teacher, assistant dean of men, assistant to the president, and vice president.  He was appointed president in 1971 and chairman of the Board of Trustees in 1998, the third to hold these offices since the University was founded in 1927 by his late grandfather.  He retired as president in May 2005 and was elected chancellor.  Each year the Bible-believing minister receives more requests than he is able to fill for evangelistic campaigns, youth rallies, and other religious gatherings.  His speaking engagements have taken him to all parts of the world. He was married to the late Beneth Peters Jones for 59 years. They had three children, six grandchildren and six great-grandchildren.  He is now married to Dr. Karen Rowe Jones, who has taught English for more than thirty years at BJU. 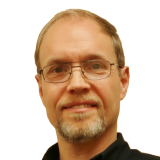 Carl is married to Becky and together they have three children. They live in Little River, SC where he pastors Anchor Baptist Church.